Yes! Another big move for Gitter! Gitter is being acquired by Element and will become part of the bigger Matrix ecosystem. Don’t worry, all of the Gitter things are staying around and we will continue to support your communities better than ever.

If you’re curious about what Element

04 мая 2020
Threaded conversations and GitLab based communities and rooms

After months of development we are proud to introduce two new major features: Threaded conversations and GitLab based communities and rooms.

Multiple conversations in a busy Gitter room can become hard to follow. Up until now the main way of keeping message context has been using Permalinks and

We introduced Gitter Topics in September 2016 as an experiment. Unfortunately, it never gained traction and remained in beta through its life-span. After some consideration, we've decided to deprecate and remove this underused feature, allowing us to focus on the chat application.

Topics will be completely removed from the Gitter

An XSS exploit in our KaTeX parser was used to embed a JavaScript crypto miner in clients via an exploitative message.

The exploitative message was spread across 25 rooms and 146 users read those messages. The messages were available for about 1 hour (minutes after being reported) before 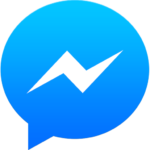